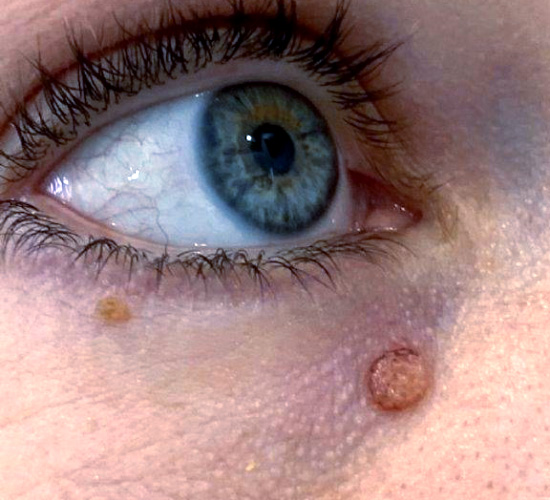 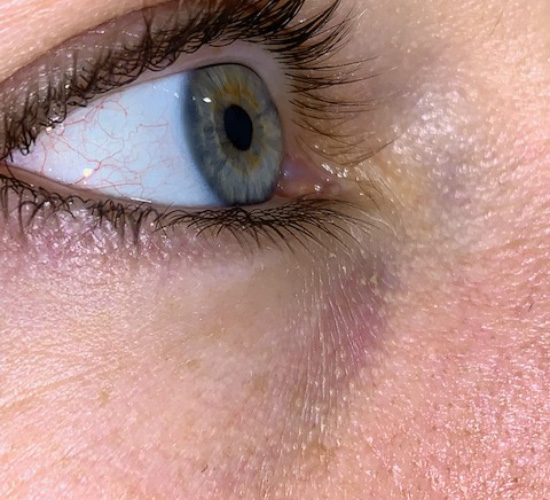 Cosmetic removal of benign moles with virtually no scarring.

Cosmetic Radiosurgery by the Ellman Surgitron® system allows the removal of cosmetic lumps and bumps on the face and body with virtually no risk of scarring.  All treatments are performed by experienced Cosmetic Physicians. Previously, benign lesions removed for cosmetic reasons on the face were removed by surgical excision leaving a linear scar. With the Ellman Surgitron® only the lesion itself is removed, after a small amount of anaesthetic administered by a very fine needle under the lesion. Immediately after excision, there is simply a small, raw non-bleeding surface no bigger than the original surface area of the lesion. This forms a scab and 7-10 days later there is a fresh healthy layer of new skin which over time blends in to the normal skin colour.

The use of Surgitron technology in cosmetic radio-surgery is increasing rapidly because it delivers far more superior results than other conventional scalpel-based surgery. The major differences are:
No pressure is used for cutting tissues by Surgitron. It is the radio wave which does the cutting.
There are no absolute power settings on the machine; surgeons learn settings only by experience. For example, a small moist lesion will require much less power to remove than a larger fibrous keratinized lesion.
If repeated incisions need to be made on the same lesion, time is allowed to let the edges cool down in-between the cuts, usually up to 10 seconds.
Rather than removing the whole lesion in one attempt, better cosmetic results are obtained by removing it piece-by-piece and “planning” the lesion until it is flushed with the surrounding skin.

Surgitron uses advanced radio-wave technology that provides unparalleled surgical control, precision, versatility, and safety. A surgical electrode, made out of fine tungsten wire, emits radio-waves at 3.8MHz and glides through tissue with no pressure. The cutting effect is performed without crushing cells. Heat is generated by resistance offered by tissue to the passage of a radio frequency wave which disintegrates and volatizes the cells in its path. It causes the tissue to split apart as if it had been cut with a sharp razor-blade. An equally significant advantage is that the electrode is self-sterilizing while in use, diminishing the likelihood of post procedure infection.

Areas That Can Be Treated

The cost of Ellman Surgitron® treatment varies depending on the number of growths removed, but typically starts from $200

For any suspicious or undetermined lesions or moles, a skin biopsy or formal excision is usually recommended, so that that a tissue sample can be taken and  sent to a laboratory to check for the presence of skin cancer.

Contact us to find out the best treatment for your concern.

Thank you! Your submission has been received!
Oops! Something went wrong while submitting the form.